After finishing last part of these series, we have both players placing their corresponding ships and ready to start the battle. On every turn, one of the players clicks on a cell of the opponent's board grid, trying his best to hit one of the rival ships, until one of the players gets all of his ships destroyed, losing the game. Whereas this might look like a simple process, actually it is more complex, so let's do this! 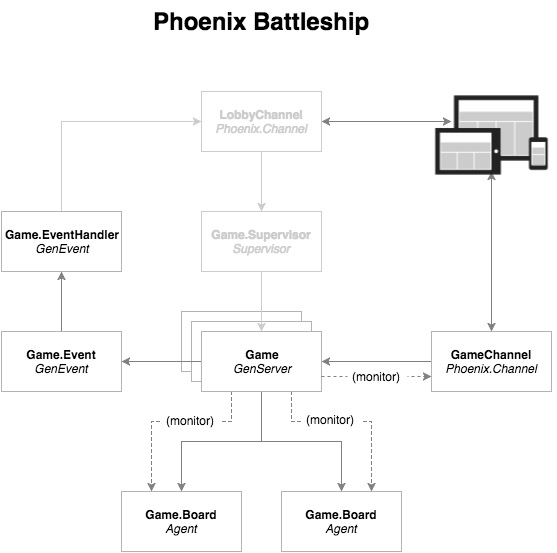 We are going to start imagining that everything goes ok, and both players fight until one of them loses all of his ships. Every turn, when the player clicks on an opponent's cell, it sends a game:shoot message, along with the clicked coordinates, to the GameChannel through the socket. Let's implement its handler function:

We get both the player_id and the game_id from the socket assigns and use them along with the received coordinates to call the Game.player_shot/3 function to perform the shot. Depending on the result, it does one of the following:

Having this explained, we can now move on to the Game.player_shot implementation:

It gets the opponent_id and calls the Board.take_shot/2 function which we are going to implement in a moment. With the result, it updates the game's turns and checks if there is a winner. The private check_for_winner/1 function gets both players and checks if any of them has 0 hit points, wich means that the other player is the winner, and the game is over, updating the game and returning it. Battleship.Game.Event.player_shot triggers an event, so the list of current games in the lobby gets updated, but we are going to talk about it later, so let's define the Board.take_shot/2 function:

This is a nice example of how Elixir's pipe operator and pattern matching can tell the story of what is going on. So in take_shot/2 it uses the opponent's player_id to get the state of its board's agent process. Then it gets the :grid key which is the map with the all the board cells, and gets the cell corresponding to joining the coordinates. With the current value of this cell, it calls the shot_result private function to calculate the shot result. So for instance, if the cell has a value of a ship (@grid_value_ship), the result is a ship hit (@grid_value_ship_hit). Then it calls add_result_to_board, which updates the agent process state, setting the result into the corresponding grid cell. Finally, by calling update_hit_points it calculates and updates the remaining hit points, which is the result of subtracting the total count of @grid_value_ship_hit in the grid map to the sum of the sizes of all the ships on the board. 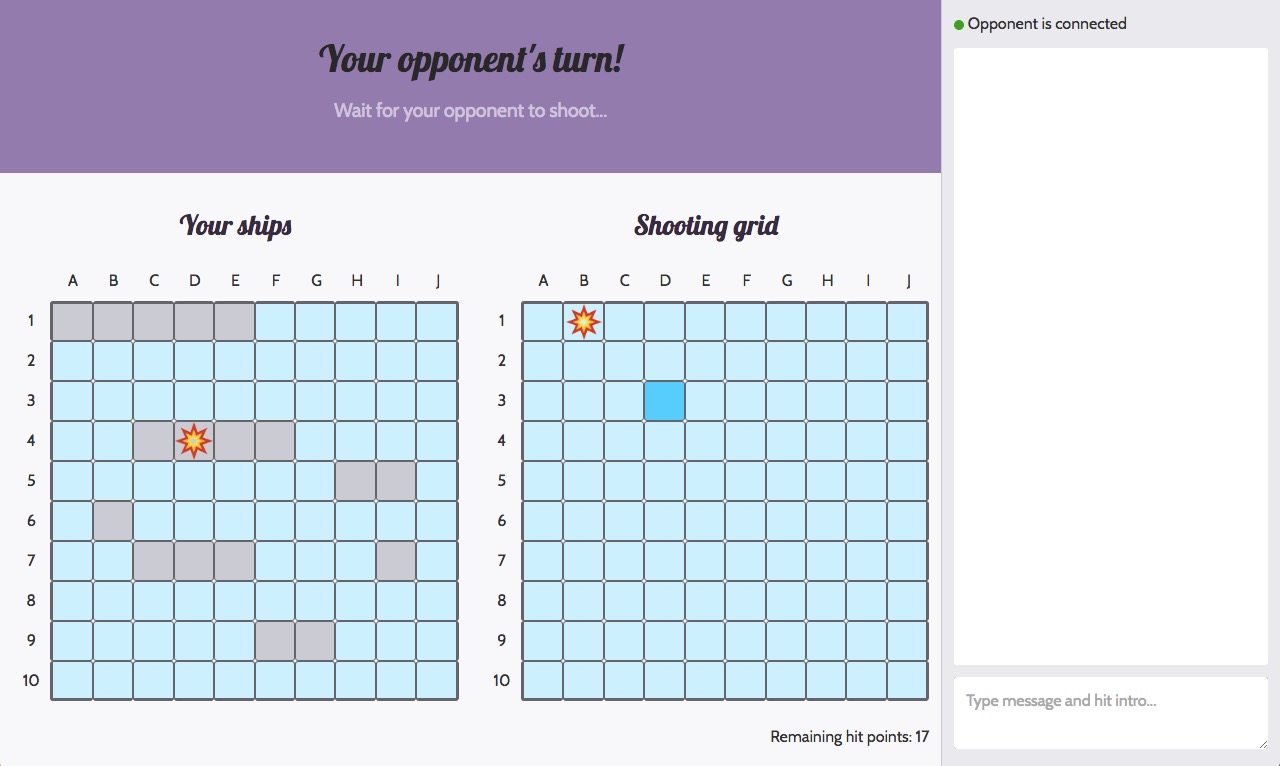 So, from a player's perspective, we are done. Players can create new games, join them, place their ships, start shooting in turns and win a game. However, from a development perspective, we are not done yet. What if a player leaves the game before ending? What if the game process ends accidentally? What if a board process terminates due to an unexpected error? We are going to cover all this in the next part, meanwhile feel free to take a look to the final (but still in progress, though) source code or challenge a friend to a battleship game.