Placing ships on the board's grid

In the last part of these series, we covered everything related to the game setup, joining an existing game, creating players boards and returning the game state to the players. Now it is time to start with the fun part, and let the players place their corresponding so they can begin the battle. 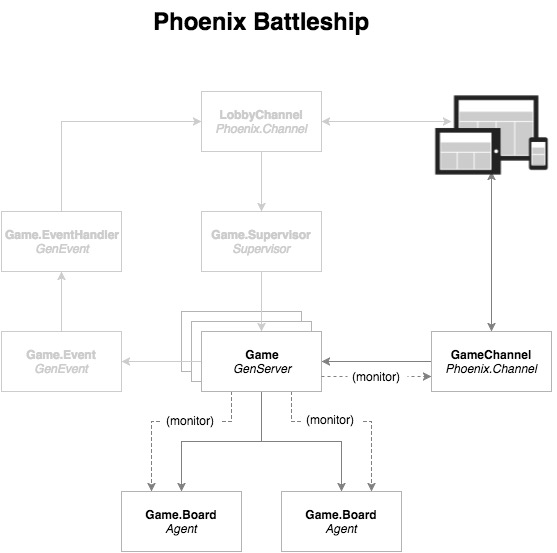 When a player joins an existing game, and his board Agent process is created and ready, the player can start placing his ships. Any ship can be selected by clicking on it in the ship selector. Clicking it twice will change its orientation from horizontal to vertical. Once selected, the player has to click on a cell from his game board to place it. Once a cell is clicked (selecting it as the starting position of the ship), a new message is sent to the GameChannel to place it in the player's Board process.

Along with the game:place_ship message, the client is sending the ship's data, which consists of its starting cell coordinates (represented by x and y), its size and orientation. Using this data, we create a new Ship struct and call the Board.add_ship(player_id, ship) function, which will place the ship on the corresponding board. If the ship is placed correctly, we get the new game state for the current player, so it is returned to the client. We also need to tell the opponent that the player has placed a new ship, so we get the public board data (hiding the ships placements), and broadcast it to the opponents client. On the other hand, it there is an error in the ship placement, we notify it to the player.

Before continuing with the Board.add_ship/2 implementation, let's define the Ship struct:

It consists of the previously commented x, y, size and orientation keys, and a coordinates map, which stores any hit on any of its coordinates. The coordinates/1 function returns a list of coordinates representing the ship, depending on its orientation and size.

Now that the Ship module is defined, we can continue implementing the missing Board functionality: 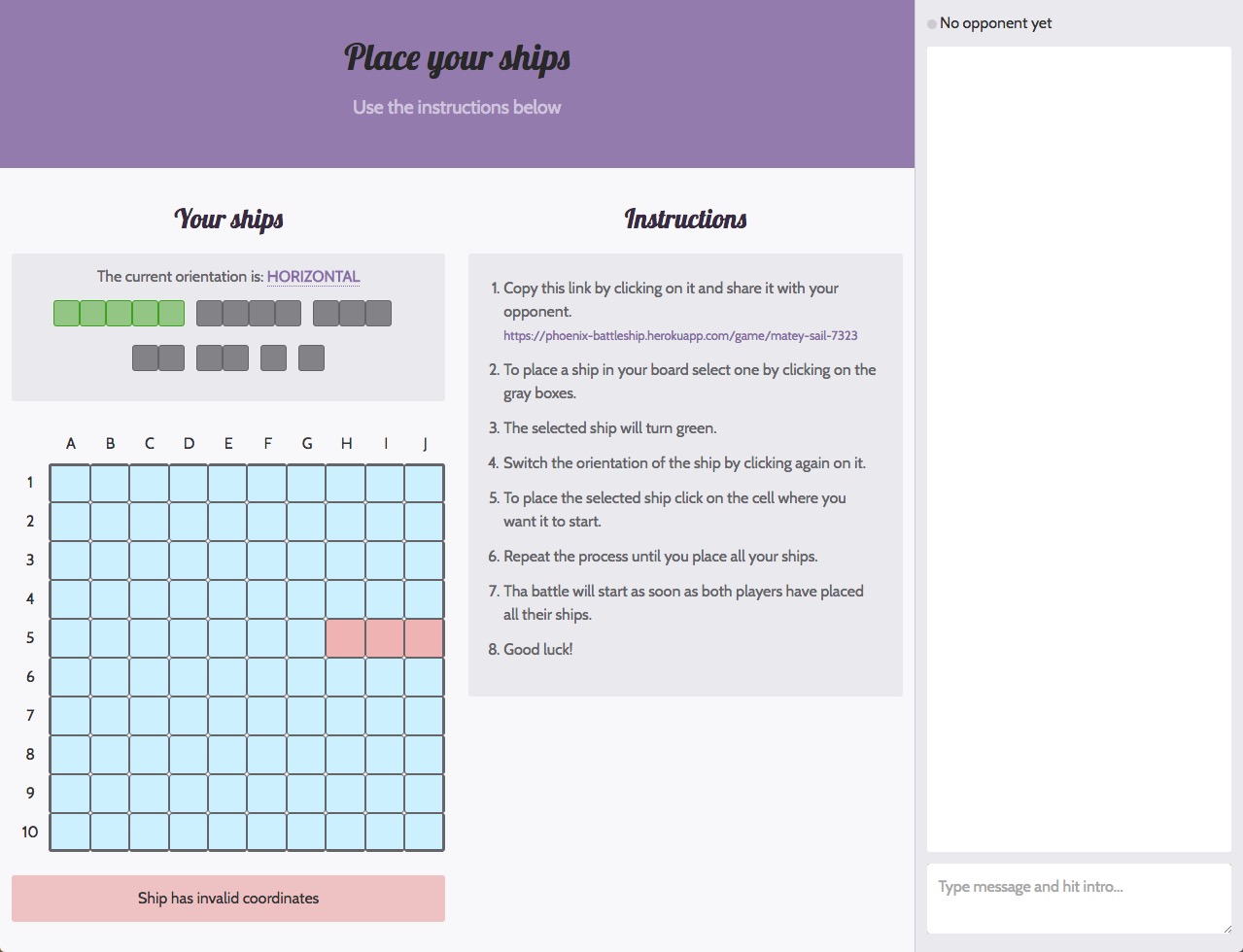 Thanks to Elixir's pattern matching and guard clauses, we can add some basic and straightforward validation. Therefore, the first four add_ship function clauses validate size, position and orientation against the predefined configuration of the module, returning any possible {:error, reason}. In case these first validations succeed, we need to make more complex ones, so in the last clause we retrieve the board's state from the Agent process and check the following:

If none of these happen, then we can add the ship to the grid, set the current hit points and check if the board is ready to start the battle:

Note that board's total hit points are the sum of all its placed ships sizes, and it is ready when all ships have been placed. Finally, we have to update the board's process state with the new modifications by using the Agent.update/1 function, and also return it in a tuple along with the :ok atom.

Enough for now :) In the next part we are going to cover the functionality related to shooting, handling possible errors and what to do when one of the players leaves the game in the middle of the battle. Meanwhile, feel free to take a look to the final (but still in progress, though) source code or challenge a friend to a battleship game.